Facebook and Twitter have become expected methods of two-way communication with the public. At November’s luncheon, we’ll look at how local agencies are using social media to communicate with customers, respond to crises and spread their mission.

We’ve offered numerous metrics-based programs regarding social media in the past, so join us this time to discuss best practices, creative/content, and policy and participation. Together, we’ll discover how social media has changed the way local agencies interact with citizens, how communication is evolving, and what the future may hold.

More on Our Panelists Below! 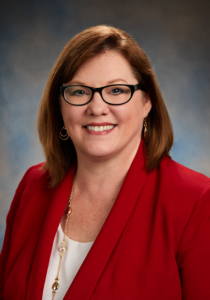 Trish Routte has been the Coordinator for Southwest Florida Crime Stoppers since 2004 and currently serves as Vice President of the Southeastern Crime Stoppers Association.  Prior to working with Crime Stoppers, she started the second Do the Right Thing student recognition program in the country in 1994 while working for the Cape Coral Police Department.  Three years later, she moved to the Lee County Sheriff’s Office to get their Do the Right Thing program up and running.  In total, Trish has been working in the law enforcement field for 24 years.  Prior to joining the law enforcement family, she was a writer and editor for a local daily newspaper starting at age 15.  She worked her way up the chain, starting off as an obituary writer and rounding out that career as the managing editor.

Trish has been awarded the Southeastern Crime Stoppers Association Coordinator of the Year award twice, and was named Mothers Against Drunk Driving’s (MADD) media personality of the year for the state of Florida in 2006.  She has continued to be an advisory board member of MADD and this year is serving as Chairperson for the annual Walk Like MADD 5K Run in Southwest Florida.  Trish has been an active member of the Florida Public Relations Association for more than 20 years and has volunteered with the Cape Coral, FL, Little League for eight years.

She is a graduate of St. Leo University and has a diverse background in public relations, which includes positions with Lee County Government, USA Cable Professional Boxing, Edward J. Debartolo Shopping Centers and American Airlines. A major part of her twenty-eight years of public relations experience comes from performing volunteer work for non-profit organizations such as the United Way, American Heart Association, Foundation of Education for Lee County Public Schools, Community Cooperative, Edison Festival of Light and various Chambers of Commerce.

Karen is also a single mother of two daughters now beginning their careers in New York City and Los Angeles. 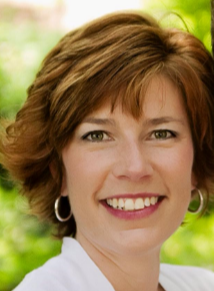 Lauren Stillwell is the Director of Communications for the School District of Lee County where she leads a dynamic team in sharing the District’s mission and vision through increased public awareness of programs, resources, events, services, goals and student/staff achievement.

Having never mastered the skills necessary to be successful at what she thought was her chosen career in economics, (other than the supply vs. demand of beer and pretzels), Lauren graduated from DePauw University with a degree in Media and Politics. She spent 23 years as an award-winning writer, producer, executive producer and assistant news director at NBC4 in Columbus, Ohio, MSNBC and NBC2/ABC7 in Fort Myers, Florida.

She and her husband Matt have three children, a freshman, a 7th grader and a 5th grader, who proudly attend public school. 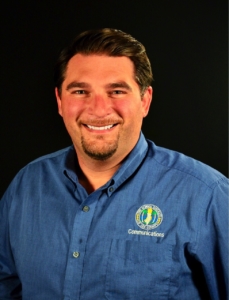 Jason Sill is the Supervisor of Communications and Production for the School District of Lee County. Jason leads a production staff of three in the execution of the District’s strategic video communications plan. He provides direction for all school district video and digital-media content and evaluates media projects from initial concept to finished product. Jason regularly works in collaboration with District stakeholders to develop innovative internal and external communications strategies in alignment with the District’s strategic plan.

Jason is proud to be Supervisor for the Lee Schools TV Student Internship Program, which provides video journalism experience and exposure for advanced TV production students across the District. As part of the Communications Department, the student’s work is featured on social media platforms and cable access channels for the District.

We're sorry, but all tickets sales have ended because the event is expired.