May Luncheon Meeting: Engaging New Stakeholders for Your Organization

Kitty Green, CEO of Habitat for Humanity of Lee and Hendry Counties, will show how their affiliate implemented a program called Women Build to successfully engage new donors and volunteers in their mission.  The May FPRA Luncheon is sponsored by Charlotte Behavioral Health Care. 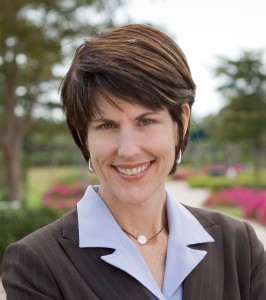 Katherine C. “Kitty” Green took the helm as President and CEO of Habitat for Humanity of Lee and Hendry Counties in March of 2010.  In this position, she is responsible for leading one of the nation’s largest Habitat affiliates, providing direction for a diverse non-profit homebuilder, mortgage company and resale operation, with the mission of helping hardworking families own their own decent, affordable homes.

Before joining the staff at Habitat, Green served the organization for nearly 16 years as a volunteer, including many years’ service on the organization’s Board of Directors.  Green is currently Chairperson of the Lee County Horizon Council, and a member of the International Women’s Forum.  In 2008, she was featured as one of Gulfshore Life’s Women of the Year, and was named a 2011 Gulfshore Business “Best Boss.”  A Fort Myers native, Green still lives in that city with her husband Charlie and their twin teenage daughters.

The FPRA May Luncheon Meeting is sponsored by Charlotte Behavioral Health Care.