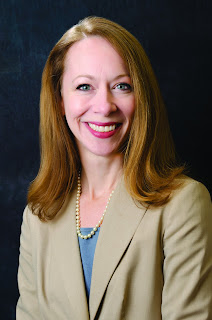 Kara Minoui
Public Relations Coordinator
Shell Point Retirement Community
Kara Minoui is the Public Relations Coordinator for Shell Point Retirement Community, where she handles media relations and oversees the community’s Discovery Club. Kara was a member of the Southwest Florida Chapter of FPRA from 2007-2009, and served as the Vice President of Communications from 2008-2009.  From 2009-2011, she was a board member for the Gulf Coast Society of Fundraising Executives. She was delighted to return to FPRA earlier this year.
In New Jersey, her professional background was originally in academic and medical publishing. After moving to Florida, Kara had the good fortune to be hired by Gravina, Smith & Matte.  “Working with Amy, Laurel, Tina and Sharon was the absolute best introduction to the field of public relations–I was hooked!” she said.
A member of The Sanibel School Fund since 2008, she also enjoys volunteering with Girl Scouts of Gulfcoast Florida Troop 228 with her daughters Emily and Claire (as long as she can bring her coffee maker when they go camping.)
Kara says she feels blessed to be part of Lynn Schneider’s talented and dedicated marketing and communications team at Shell Point, and she plans to pursue her APR in the upcoming year.  She adds, “Now I have to do it, since this is being published!”
FPRA SWFL Chapter2013-06-13T10:54:00-04:00June 13th, 2013|