Last year was the 25th anniversary of the SWFL FPRA Chapter and the theme of “Building Bridges” was a huge success under the direction of  Kathleen Taylor, APR. The year was full of many successful programs and professional development events that gave back to our community and supported our economy. Thank you, Kathleen, for another great FPRA year! 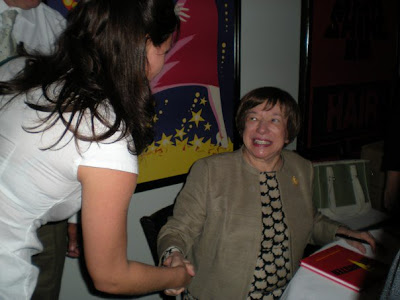 Mrs. Myra Janco Daniels, founder of the Philharmonic Center for the Arts and Naples Museum of Art, was the guest speaker at the SWFL FPRA August 3rd Business Meeting.

Daniels was a former Chicago-based advertising executive, who served as president of Draper Daniels, Inc. and before that was executive vice president of the firm Roche, Rickerd, Henri, Hurst, Inc. Daniels also ran her own agency, Wabash Advertising, in Terre Haute, Indiana.

During the August 3rd Business Meeting, Mrs. Daniels discussed the evolution of public relations and shared her personal experiences as featured in her new book, Secrets of a Rutbuster: Breaking Rules and Selling Dreams.

“I always wanted to think big,” she said as she discussed her plan to cold call all the children’s parents at her school and sell party favors for their child’s birthday parties.

Mrs. Daniels got her first big break when she invented the Heath Ice Cream Bar and earned her first client. She said that writing is merely talking on paper, and she thought if she wrote, she would at least have a record of the good and bad things. Thus, she wrote her book, Secrets of a Rutbuster: Breaking Rules and Selling Dreams.

Daniels founded the Philharmonic Center for the Arts in Naples, where 65 hundred adults take classes to write their own memoirs, take dance or learn photography.

Her passion for the arts enabled Daniels to acquire a Louise Nevelson piece for the Naples Museum of Art. She was the only representative from a museum who went to Atlanta to view Nevelson’s art, wearing her red “power” suit. Her dedication paid off. The artwork will be on display at the Naples Museum of Art on November 13 and 14. 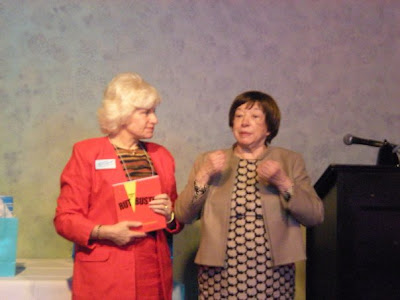 More information about Mrs. Daniels can be found at http://www.myrajancodaniels.com/.