Three of Southwest Florida’s political insiders shared their insights at FPRA’s local chapter luncheon on Tuesday, May 4th at the Broadway Palm in Fort Myers: Sharon Harrington, Tammy Hall and Will Prather. This is the first of three posts reviewing their presentations. 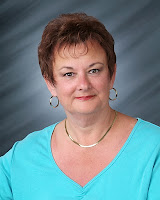 Lee County Supervisor of Elections Sharon Harrington discussed how legislative changes in the election process over the years have impacted the way her office communicates with voters.  Some of those pieces of legislation include the National Voter Rights Act of 1965 which outlawed discriminatory voter practices and the 1993 National Voter Registration Act (a.k.a. “motor voter”) whereby those registering to vote no longer had to do so in person.  Both of these Acts required the elections office to shift the way they communicate with voters.

Another national political event which caused a PR firestorm, and many changes in the election process was the November 2000 election, which Harrington called, “the election that will never go away.” The notorious butterfly ballot, which was necessary due to the number of local elections in several counties was approved by both parties, and everyone involved in the process.  Despite that, it caused confusion among the voters.  The ensuing recount debacle in Palm Beach County spurred the Help America Vote Act in 2002, which caused changes in the physical process of voting by eliminating punch cards and lever systems.  The Lee County Elections Office rolled out electronic voting machines, requiring a major educational push for employees, poll workers and the general public.  Shortly thereafter, the Florida Legislature outlawed the electronic voting systems, causing the change to an optical system.  Two entirely different voting systems over the course of just a few years was a challenge, but the Elections Office’s public outreach efforts helped the transitions go smoothly.

One last piece of PR advice Harrington had was aimed at candidates — stay away from negative campaigning.  In her experience, she’s seen how rather than hurting the opponent, it works against the person spreading the negativity. Candidates should stick to the issues and facts about themselves, and also steer clear of potentially embarrassing situations.

…Be sure to check out our other meeting recaps on the presentations at this meeting by Will Prather and Tammy Hall.