Bridging Yesterday with Today: Lessons Learned from a Rutbuster

Bridging Yesterday with Today: Lessons Learned from a Rutbuster 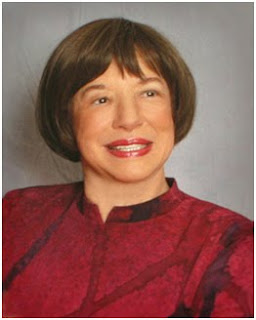 The Florida Public Relations Southwest Florida Chapter will welcome Myra Janco Daniels, founder of the Philharmonic Center for the Arts and Naples Museum of Art at its luncheon meeting on Tuesday, August 3, 2010, from 11:30 a.m. to 1:00 p.m. at the Broadway Palm Dinner Theatre in Fort Myers. Mrs. Daniels will discuss the evolution of public relations and share her personal experiences as featured in her new book Secrets of a Rutbuster: Breaking Rules and Selling Dreams.

Myra Janco Daniels is a former Chicago-based advertising executive, who served as president of Draper Daniels Inc. and before that was executive vice president of the firm Roche, Rickerd, Henri, Hurst, Inc. She also ran her own agency, Wabash Advertising, in Terre Haute, Indiana. She was the first woman in the country to head up a major national advertising firm and became the youngest person to be honored as National Advertising Woman of the Year by the Advertising Federation of America (now known as the American Advertising Federation). Daniels earned her bachelor’s and master’s degrees in business and communications from Indiana State University. She held a six-year associate professorship in marketing and advertising at Indiana University, where she pursued doctoral studies in marketing management. Mrs. Daniels is a former member of Florida Arts Council and has won numerous honors, including a Jefferson Award for community service and honorary doctorates from the University of North Carolina-Asheville and Allegheny College. More information about Mrs. Daniels can be found at ww.myrajancodaniels.com.

Mrs. Daniels’ book Secrets of a Rutbuster: Breaking Rules and Selling Dreams will be available for purchase and signing following the luncheon.

The cost to attend the luncheon meeting is $18 for members, $25 for non-members and $10 for students. Walk-ins are welcome for an additional fee. For reservations or information, visit http://www.fpraswfl.org/.