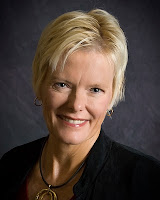 By Kate Gooderham, APR, CPRC
Most scientists think differently from most public relations professionals.  Those of us who have them as clients or target audiences already know this.  The trick is how to communicate with them.  I recently read two books that were helpful in that regard.  Both were written several years ago, but the concepts are relevant.  Since they are written for scientists, you have to think about what they say in reverse!
The most user friendly was a “A Scientist’s Guild to Talking with the Media” by Richard Hayes and Daniel Grossman.    It was both fascinating and helpful.  There are concepts that are very difficult for scientists like “balance and fairness.”  Scientists often are absorbed with the facts while the journalist will be looking for the message.  Scientists are precise people; certain terminology that we think is general in its usage has very specific meaning to them.  As we understand these ways of thinking, it will be easier for us to communicate with them and to help them communicate with the media.
The second book is “How NASA Builds Teams” by Charles Pellerin.  The emphasis in this book is how and why science teams fail.  What is helpful to communicators are his description of personalities of teams.  Most of us would fall into the green (cultivating) or yellow (including) culture, while most scientists would fall into the blue (visioning) with a few in orange (directing).  In addition to helping understand scientists, this book helps analyze why teams of any emphasis could fail.  The book also allows free online team and individual assessments.
FPRA SWFL Chapter2011-03-22T16:26:00-04:00March 22nd, 2011|