Diary of a PR Intern

Diary of a PR Intern 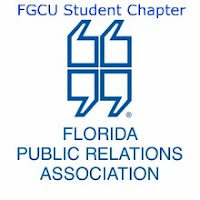 My name is Michael Clavelli and I am a senior at Florida Gulf Coast University (FGCU) serving as Vice President of FGCU’s student chapter of FPRA. It was not until the summer of 2012 did I decide to pursue a career in public relations. Ever since then I have been working to fully immerse myself into the world of PR.

I began my studies with the course: The Principles of Public Relations. In this course we were taught the basics of the very diverse field of PR. The curriculum covered everything from the pioneers of the PR industry to important PR tools such as press kits, press releases, the professional use of social media, campaigns and much more. Toward the end of the course we took the knowledge that we had learned from the class and applied it to a mini campaign that we were assigned to simulate. Completing this course is what really reinforced my decision that I wanted to be a public relations practitioner.

During my first semester as a public relations student, a friend and I decided to join the FGCU’s Florida Public Relations Association’s student chapter. With the student chapter still on shaky ground, I wanted to become even more knowledgeable and involved with PR and become a part of the foundation and growth of FPRA’s student chapter. I was later nominated and elected as the Membership Director for our chapter.
Our new board was comprised of seven motivated, enthusiastic and intelligent students who, together, were able to get FGCU’s student chapter up and running. As a chapter we held events and brought in PR professionals from the area to present their knowledge about PR to our members. As the Membership Director it was my job to promote the chapter and to inform our current and potential student members about upcoming activities of the chapter through class announcements, flyers, banners and tabling. I acquired a wealth of experience and knowledge from being a part of this chapter and I was able to network with professionals and PR professors at the university, who I now call mentors. Presently, I was just recently elected to be the Vice President of the upcoming year.

For the upcoming year FGCU FPRA hopes to gain further recognition from not only the FGCU student body, but also from FPRA’s Southwest Florida Chapter. We will be including more of an interactive element to the chapter, such as hands-on workshops, promoting other clubs/chapters at FGCU, holding more events and running fundraisers. We plan to become more directly involved with FPRA by attending conferences and networking with professional members. We want this year to be our most successful year ever and to leave a strong foundation for our future leaders to build upon.