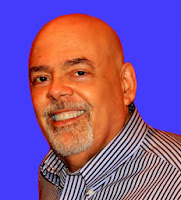 Barry Epstein, President and CEO of barry r. epstein associates, inc., opened his public relations, marketing, association management and political consulting firm in July 1979, with Irv Cowan, President of the Diplomat Hotel, as his first client. For eight years prior, he served as President and Chief Executive Officer of the Greater Hollywood Chamber of Commerce, and then as Executive Vice-President/COO of the Orlando Area Chamber. Subsequently, he was elected President of the Florida Chamber of Commerce Executives and named to the Board of Directors of the Florida Chamber.
Noted for his extensive network of contacts, including media and business leaders throughout the country, he frequently “open doors” for the top echelon needs of his clients, who include international, high tech, medical, consumer, hospitality, restaurants, entertainment, political and non-profit entities.
Mr. Epstein served as Director of Corporate Communications and then promoted to Director of Corporate and Public Affairs for former Governor of Kentucky, John Y. Brown, Jr., CEO of Roasters Corp. d/b/a Kenny Rogers Roasters; developing several innovative PR/ marketing/promotions programs for corporate and franchise sites, “Kenny Visits”, Crisis Communications, etc., and responsible for promoting and assisting in opening stores for the then fastest growing international rotisserie chicken chain in the world, with more than 250 locations in 35 states, Washington, D.C., and six countries.
In l985, MIAMI/SOUTH FLORIDA MAGAZINE named him as one of 100 outstanding community leaders in South Florida, including Gov. Reuben Askew, James Blosser, Frank Borman, etc. He has a Bachelor of Science Degree from Kent State University, has done extensive post-graduate work, and is certified in the fields of Economic Development (CED) and Chamber/Association Management (CCE).
Accredited (APR) by the Public Relations Society of America, Mr. Epstein has been active in many professional, civic and charitable organizations, and was appointed to the City of Hollywood Planning and Zoning Board of Appeals by its City Commission. He served as Chairman of the Nominating Committee for the Boca Del Mar Improvement Association Board of Directors and as a committee member, is Founder and Consultant to TAG (Together Against Gangs), co-founded and served as Executive Director of DErail the Bullet Train (DEBT, and provided pro bono services to the Youth Activity Center, the Haven, The Alliance of Delray Residential Association, (ADRA), Progressive Residents of Delray (PROD), Stand Among Friends (SAF) Foundation, and the East Boynton Beach Little League World Champions.
He was the Founding Executive Director of the Gold Coast Forum, Boca Forum, Broward Forum, and the Florida Limousine Association and represented all the state and regional limousine associations on the Board of the National Limousine Association.
He is currently President of the www.luxurychamber.com, Founder and former President of the West Boca Chamber of Commerce (www.westbocachamber.com, Founder and President of the West Boca Leaders (www.westbocaleaders.com) networking group, Founder and former President of the Boca Raton Roundtable (www.bocaratonroundtable.com), Co-Founder and Past President of the Gold Coast Public Relations Council (www.goldcoastpublicrelationscouncil.com), and won the 2004 Bernays (“Bernie”) Award for the best public relations program by a public relations firm; the 2005 Bernays (”Bernie”) Award for the best public relations program from a non-profit organization (TAG); Founder of FAU Football, appointed to the Palm Beach County Film and Television Commission (former member), American Cancer Society Board of Directors (former member), and the American Jewish Committee Governance Committee and chair of the AJC Public Relations Committee (former member). He was also the Founding President of the Parkland Chamber of Commerce and served on the Loggers Run Master Homeowners Board of Governors.
Mr. Epstein was also the Chairman of the Coalition of South Florida Associations (CSFA); Vice-President/Communications of the ISES (International Special Events Society), South Florida/Caribbean chapter; and contributed to many winning political campaigns in Broward County, He worked on the initial successful campaigns of Palm Beach County Commissioner Burt Aaronson and State Senator Ted Deutch,among others, & the Broward County Florida campaign for Casino Gambling (the ONLY County in favor).
He has his own worldwide internet television show. “barry epstein live” on www.vimeo.com, www.bocatribune.com and www.barryepstein.com, with each show archived also on his site. He also wrote a blog on www.sun-sentinel.com/opinionsand writes a weekly blog for the Sun-Sentinel Jewish Journal http://barrys-journal.blogspot.com/as well as in and on the Boca Raton Tribune (www.bocatribune.com).
Mr. Epstein is married and has a son and two adorable grandsons. He frequently writes travel, entertainment and movie reviews for several South Florida publications and media outlets including the Plantation Journal and Broward Informer. Call 561.852.0000 or 561.702.0000 for a personal consultation.
His e-mail address is: [email protected]and the web site is: www.publicrelations.nu.
His motto: “PUBLIC RELATIONS IS THE ENEMY OF ANONYMITY!”
FPRA SWFL Chapter2013-09-19T17:05:00-04:00September 19th, 2013|