February Luncheon: Satisfying Sponsors
Satisfying Sponsors Join us on February 12th to hear from a panel of experts who are on the “other side” of fundraising.  Their businesses sponsor countless events, and they know what benefits they expect from the organizations they support.  You will learn how to think beyond typical sponsor benefits in order to satisfy your sponsors and keep them coming back year after year!

Jessica Stilwellis Vice President of Marketing at FineMark National Bank & Trust. She is responsible for coordinating branding guidelines and standards throughout FineMark’s seven offices in Florida and Arizona. She generates the content for printed collateral, advertising, web content and events at the bank. Jessica also manages all of the sponsorships and donations for FineMark. Jessica studied Broadcast Journalism at the University of Southern California and spent 12 years as a news reporter and anchor in Fort Myers before starting her career at FineMark. 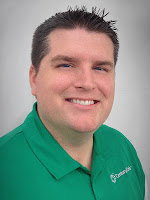 Brian manages PR, corporate sponsorship, philanthropy, community relations and local government affairs for a nine county area that includes Lee, Collier, Charlotte, Desoto, Hendry, Glades, Hardee, Highlands and Okeechobee.  He ensures his company stands out on Southwest Florida’s crowded social calendar by securing unique sponsorships and building relationships with influential organizations.
Immediately before joining CenturyLink, Brian built a practice from the ground up as a Financial Advisor for Edwards Jones.  At the firm, he gained valuable business, financial and sales skills.
Brian’s TV news career spanned 10 years and included stints at WINK, FOX 4 and Joplin, Missouri’s ABC affiliate KODE.  At WINK, he worked his way up from his first job running teleprompter while still in high school to videographer.  He moved to FOX 4 for his first on-air job as a sportscaster.  In Joplin, Brian anchored KODE’s 5pm, 6pm and 10pm newscasts and also served as Executive Producer.
A Southwest Florida native, Brian is a graduate of Cape Coral High School.  He received an Associate in Arts degree from Edison State College and a Bachelor’s degree in Communications from Florida Gulf Coast University.  He spends his free time touring Lee County’s wonderful beaches and parks with his wife Rebecca and 2 year old daughter Kaitlyn.

Kevin Anderson is currently a Senior Manager with the National Store Support Center Operations Group for Chico’s FAS, Inc.  He joined Chico’s after a 25 year career with the Fort Myers Police Department.
Kevin has always been active in the community.  He was appointed to the Children’s Services Council of Lee County by Governor Chiles, currently serves on the Board of Directors for the Southwest Florida Safety Council, has served on the Board of Directors for the Coalition for Drug Free Southwest Florida and the Lee County Chapter of the American Red Cross and was the inaugural chair of the State of Florida Juvenile Justice Standards and Training Commission.
Kevin is a graduate of the University of Louisville Southern Police Institute, Edison Community College and Florida Gulf Coast University.  Kevin and his wife, Krista, live in old Fort Myers.  Their daughter, Kayla is a graduate of The Florida State University and recently started a job with Jeff Atwater, Florida’s Chief Financial Officer.  They are members of First Christian Church of Fort Myers.
Thank you to Habitat for Humanity
Lee & Hendry Counties for sponsoring this event!