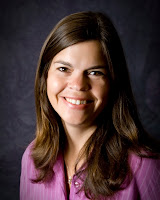 Danielle Flood, Public Relations and Communications Manager at Educational Concerns for Hunger Organization (ECHO) has been named the 2010 Rising Star. Ms. Flood joined ECHO in December 2007 after serving as a missionary in Niger, West Africa for two years. She is responsible for ECHO’s public relations and communications, including the web site and social media campaigns. She currently serves as the FPRA chapter’s Special Projects Co-Chair.

The recipient of the Rising Star Award must be involved energetically and enthusiastically in many chapter projects; seize opportunities to develop his or her career; exhibit a desire to pursue leadership opportunities in FPRA; support of fellow public relations practitioners; and display professional attitude and conduct.

Victoria B. Moreland has been named the 2010 Chapter Member of the Year. Ms. Moreland joined the Lee County Port Authority as the Department Director of Public Affairs in May 2007, where she is responsible for the promotion of Southwest Florida International Airport and Page Field General Aviation Airport. Her career spans more than 34 years in the aviation industry. She has served as the FPRA chapter treasurer, and co-chaired the local Image Awards in 2009-2010.

The Chapter Member of the Year must give time and energy in the areas of creative thinking and participation in chapter projects; support the chapter in raising the level of professionalism in our community; exemplify a professional attitude and standard of conduct; and support fellow public relations professionals. 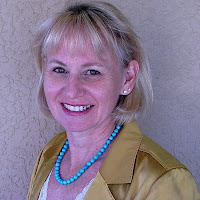 Pamela L. Nulman, APR, CPRC, President of Nulman PR and Marketing has been awarded the 2010 PR Professional of the Year distinction. Ms. Nulman is an independent public relations consultant offering strategic and creative marketing and public relations solutions for both nonprofit and for-profit organizations. She has been a member of FPRA’s Southwest Florida Chapter since 2001 and is the incoming Chapter President for 2010-2011.

The PR Professional of the Year must display a professional attitude and conduct; cooperate with and support fellow public relations professionals; and be concerned with raising the professional standing of FPRA.