It’s almost time for PRU! Register today!
PR University
“Pump Up The Volume”
Thursday, November 8
8:30 a.m.— 3:30 p.m.
Embassy Suites
10450 Corkscrew Dr., Estero
Sponsored by PKE Marketing & PR Solutions and The News-Press Media Group
Register today!
Full Day Registration
Members: $75  Non-Members: $90
Lunch Presentation—Learn more about the exciting industry of sport marketing from one of the industry experts as John Korff joins us for a second presentation. As the owner of numerous pro golf and tennis tournament, major marathons and triathlon, balloon and music festivals, Korff says he is in the business of other people’s entertainment. Mixing PR, marketing, and production skills, learn the inside scoop on some of the biggest and most unique events in America.
Lunch Only Registration
Members $25  Non–Members: $30

Insights to Nonprofits –
Lydia Antunes Black the Executive Director at Lee County Alliance for the Arts (www.artinlee.org). A self described “nonprofit junkie”, Lydia believes the arts are essential to the quality of life and economic prosperity in Lee County. Lydia earned a Masters degree in Nonprofit Management and undergraduate degrees in Political Science and Communications. She is an active community volunteer and proud member of Rotary Club of Fort Myers and the Junior League among other community organizations. Lydia was recently named as a Gulf Shore Business 40 under 40 recipient, a FL Weekly’s 2010 Power Woman, one of Gulf Shore Business Influential Women and a News Press Person to Watch.
Interview Tips and Techniques –
Since 2002, Chris has anchored and reported on many different types of stories for WINK NEWS from investigations to breaking stories to Hurricanes Charley and Wilma. Chris also covered the aftermath of Hurricane Katrina from the Northern Gulf Coast. Chris’ investigation into FEMA’s underpayment of flood insurance claims after Hurricane Charley was widely used on Capitol Hill in attempts to reform the way flood insurance compensates hurricane victims.

In his nearly 20 years in television journalism, Chris has also covered such major events as the 9/11 attacks, Presidential Debates in 2000, 2004 and 2007, Pope John Paul II’s visits to the United States, and the death of NASCAR legend Dale Earnhart.Chris holds a Masters Degree in Business from Pepperdine University and an undergraduate degree in both Economics and Broadcast Journalism from The American University in Washington DC. Before working in television, Chris was a business and financial consultant in Los Angeles.

Chris Cifatte anchors WINK NEWS NOW at 5, 6, 10 and 11 p.m. weeknights.Chris co-anchors WINK NEWS NOW at 5 and 6pm with Lois Thome, and WINK NEWS NOW at 10 and 11pm with Stacey Adams.
Trademark/Copy Right Law – What you need to know to protect your brand –
The Livingston Law Firm – We are joined by Edward M. Livingston and has more than 30 years of experience in the practice of law. He is Board Certified in Intellectual Property Law by the Board of Legal Specialization and Education. Certification recognizes those attorneys who possess the highest level of knowledge, skill, character and ethics in their areas of focus. Bryan Loeffler is an associate with the Livingston Firm and is a Registered U.S. Patent Attorney who concentrates his practice in patent law and other areas of intellectual property law, including trademarks/servicemarks, trade dress, trade secrets, copyrights, and litigation.
Lunch Presentation: Sports Marketing – John Korff 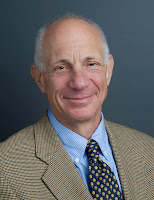 Learn more about the exciting industry of sport marketing from one of the industry experts.  As the owner of numerous pro golf and tennis tournament, major marathons and triathlon, balloon and music festivals, Korff says he is in the business of other people’s entertainment.  “I am just the wedding planner.”  Mixing PR, marketing, and production skills, learn the inside scoop on some of the biggest and most unique events in America.
About John: John Korff, owner of New York based Korff Enterprises, has been in the sports and event management business since 1978.  Korff, a graduate of Harvard Business School, currently live in New York City.
Korff event properties (owned or operated) included the A&P Tennis Classic, the annual women’s warm-up tournament the week prior to the US Open.  Champions include Chris Evert, Tracy Austin, Martina Navratilova, Monica Seles, and Steffi Graf among others.
The company currently owns the 30th annual Quick Chek New Jersey Festival of Ballooning, the largest summertime hot air music and balloon festival in America.
Korff also owns the 13th Aquaphor New York City Triathlon and the Ironman US Championship both held in New York City.  These are the two fastest sold-out triathlons in America.
The company has managed over 10 PGA, LPGA, or Senior PGA golf tournaments nationally.  Currently, the company manages a senior golf event in Honolulu.
On the lighter side, Korff manages a Stiletto Run in Central Park and the Race across America for ABC’s Live with Regis & Kelly.  Korff also organizes an Underwear Run in Central Park which holds the Guinness Book of World Records for most people assembled in their skivvies.
Afternoon Sessions
A Look at the New York City Triathlon – Event Execution and Crisis Planning
A more in depth look at how the New York City Triathlon went from 634 people to the most popular Triathlon in America in just ten years.  A shrewd and humorous combination of the right event in the right city combined with a clever marketing plan.  Korff turned a one day triathlon into a four day event including the sport’s largest expo, a diaper derby, doggy dash, and New York Underwear Run lead by the famed Naked Cowboy.  The race is held in the heart of Manhattan – the city that never sleeps.
The Power of Social Media – Rafael Sangiovanni
Social Media Strategist at RBB PR’s Digital Park will discuss the growing importance of visuals to the social media experience. That ties into using Pinterest for brands, best practices for Facebook, recent changes to Twitter and even LinkedIn, all which reflect the power of visuals.

Advanced Registration Required. No shows will be billed.
Partial scholarships are available for non-profit agencies. For details, contact Carla Ulakovic or Michelle Nagel