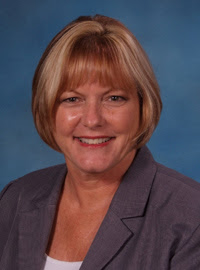 Principal of The Cooper Group, Ginny Cooper is an experienced public relations and marketing professional, branding expert, published freelance writer, and effective communicator.
A dynamic speaker, she was a presenter at TWTRCON SF 10, a national conference on the use of Twitter for business, held in San Francisco and headlined by representatives from some of the world’s foremost social media-savvy corporations such as Ford Motor Co., PRNewswire, H&R Block, Southwest Airlines and Edelman Digital. Ginny was invited to speak again at the conference, rebranded as Realtime NY 11, and held in New York City, where executives from PepsiCo, Citibank, Delta and the NHL shared their social media insights.
Ginny has been a member of the Southwest Florida Chapter of FPRA since 2002. She served  as Image Chair in 2005 when the Chapter won the President’s Award for Image. Named Chapter Member of the Year in 2008, Ginny is  also a past president of the Chapter (2008-2009). During her tenure as chapter president she also served as the Website Chair and co-chaired the 2009 Image Awards. She served on the statewide Executive Committee of FPRA as Vice President of Golden Image in 2011.
“My biggest reward from being an FPRA member has been the personal friendships and professional relationships I have developed over the years, particularly during the period of time I served on the Board of Directors. As chapter president it was gratifying to bring home three President’s Awards from the 2009 Annual Conference, two of which I was personally involved with: the Technology Award for our first website redesign and our foray into social media (led by Carla Ulakovic and Kathleen Taylor, APR); and for Chapter Administration, primarily for the restructuring of our Board of Directors into the two-tiered system we have today, that resulted in greater efficiencies and brought experienced members back into leadership.”
“The one thing about me that not every member may know is that I am afraid of heights. What they also may not know is that I went skydiving in 2007 and hang gliding just this month in order to overcome those fears.”
FPRA SWFL Chapter2013-01-16T14:31:00-05:00January 16th, 2013|