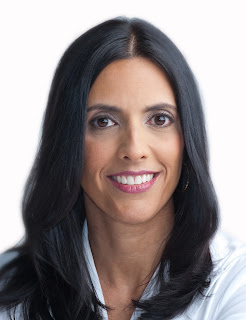 Christina is a local public relations and marketing consultant who has lived in Fort Myers since 2001. She promote her clients with dedication and expertise to communicate their message.  She brings a strong information-centric business background complemented by volunteer work in nonprofit community organizations–mostly the arts. Christina is a natural networker and an ideas person with an interest in connecting people, and is research oriented and information savvy. She is involved with several local professional organizations.
Christina is originally from Santa Barbara, California where she attended high school and graduated from the University of California, Santa Barbara. After graduation, she moved to Washington, DC and worked before graduating with a Master’s degree in Library and Information Science from the University of Maryland. That led to her job at an international executive search firm next door to the White House. At Russell Reynolds Associates, Inc. she was the lead Research Associate for the Software and Technology Practices. She lived in Washington, DC for nine years, before moving to Florida.
Christina has been involved in the SW Florida arts community since moving to the area. For over a decade, she has volunteered with the Southwest Florida Symphony Society, helping plan events and raising funds for the Symphony. Christina has played a big role in the public relations and marketing of both organizations for countless projects.
In 2007 she co-chaired the highly successful fundraiser “Gale Bennett – Live,” a series of two exciting art evenings featuring the late Gale Bennett painting before sold-out crowds. Between 2001 and 2012, she served as an officer and chaired or co-chaired a number of fund raisers. This includes 2009 Co-Chair of the Art Committee for the Southwest Florida Symphony’s 50th Anniversary. For this she helped secure a commemorative painting and 100 prints, valued at over $125,000, donated by a world renowned SW Florida artist for auction.
In 2011, Christina co-chaired the Society’s inaugural “Yacht Hop” fundraiser, which received national honors in the annual Gold Book Award of Excellence competition by the Volunteer Council of the League of American Orchestras. She accepted the award with a presentation during the League’s 67th National Conference in Dallas in 2012.
Christina has provided many years of marketing and public relations services to Gulfshore Ballet. She started volunteering in 2005 when her daughter began attending classes. Christina has handled public relations, media relations, sponsorship and fundraising, and served as Marketing Director over the years. In 2011, Christina founded and chaired the school’s annual signature fundraiser, “Enchanted Evening with Gulfshore Ballet,” in collaboration with Saks Fifth Avenue at Bell Tower Shops in Fort Myers.
Christina’s love of color and appreciation for art and the Florida landscape inspired her to begin painting in 2009. One of her favorite experiences is her time painting in Claude Monet’s garden in Giverny, France, in 2013, in Gale Bennett’s footsteps. She had her first art exhibit as part of Fort Myers River District Art Walk in 2010.
FPRA SWFL Chapter2015-07-20T21:36:00-04:00July 20th, 2015|