Media Pros Give FPRA an Exclusive

Media Pros Give FPRA an Exclusive
It was every PR professional’s dream come true, a chance to turn the tables and question the reporters.  Southwest Florida’s local “news hounds” were up to the task on June 21, as they let a packed crowd in on the secrets of making headlines at the Annual Media Breakfast.  The event was at the Holiday Inn – Gulf Coast Town Center. 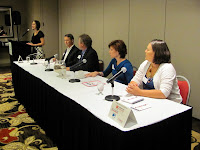 The panel included:
Here are some of the questions and answers from morning:
What is one of the most frustrating things the media encounters with PR Professionals?
How to reach them? 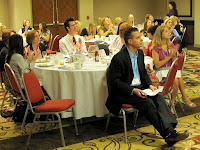 How do PR Professionals handle reporters who are trying to do stories without doing homework or background on the organization?
Social media – How are they using it?
What the best way to get our story on the website?
What is the best time of day for news releases?
How do you feel about news conferences and ribbon cuttings?
If there is a celebrity coming to an event what is the best way to coordinate coverage?
With shows in town, do you want a lot of info and B-roll?
Events – How to promote them early, especially if there is a deadline to sign up?
How do you build stronger community partnerships/relationships?
FPRA SWFL Chapter2012-07-26T08:43:00-04:00July 26th, 2012|