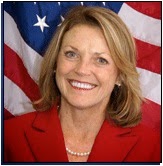 Originally from Kentucky, Jennifer earned her Bachelor’s from the University of Kentucky and her Masters from Eastern Kentucky University. Jennifer has served as the Supervisor of Elections since 2000 and prior to that, held several key positions during her 13-year tenure with the Collier County Manager’s Agency including Budget Analyst, Assistant to the County Manager and Human Resources Director.

Jennifer is a State Certified Supervisor of Elections and was awarded her Master Florida Certified Elections Professional (MFCEP) designation from the Florida State Association of Supervisors of Elections (FSASE), as well as a Certified Elections Registration Administrator (CERA) designation from the Elections Center. Jennifer was also awarded a Chancellors Certificate in Public Administration from the International Association of Clerks, Recorders, Election Officials and Treasurers (IACREOT). Jennifer has served as the Treasurer, Secretary, President Elect, President, and Past President of the Florida State Association of Supervisors of Elections (FSASE). In 2006, Jennifer was selected as one of American Business Women’s Association (ABWA) Women in History. Jennifer has served on several boards throughout Collier County including the United Way of Collier County’s Board of Directors from 2001-2007 (2006 campaign co-chair). Jennifer is a graduate of the Leadership Collier and the Leadership Marco program. Jennifer is currently a member of Immokalee Multicultural Community Action Board of Directors, Leadership Collier, League of Women Voters, and Marco Kiwanis.

Jennifer has lived in Collier County since 1984. She is married to Ronnie Edwards, and they have two children and three grandchildren.

Responsibilities as an elected official…