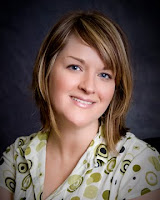 Carla holds a Masters of the Arts in communications/advertising (2007) from Bond University in Queensland, Australia and a Bachelor of Science in public relations (2005) from the University of Florida. During her master’s thesis, she developed a strong passion for social media and has been an active speaker on the topic. As a freelance communications consultant, Carla uses her experience to guide public relations planning and social media strategy development for a variety of clients from theaters, to galleries, museums to small businesses.

She is an active member of the Florida Public Relations Association and serves as the as vice president for communications for the Southwest Chapter. She has been past emerging communications chair 2008-2009, implemented the Chapter’s popular Social Media Café series, and has participated in several committees from the 2008 Media Breakfast to PRU 2009. In 2009, Carla was named Rising Star for the Southwest Florida Chapter. In the new Chapter year, she will serve as president-elect and as co-chair to PRU 2010.