Location: Virtual Event. Zoom information will be sent to attendees prior to the event.

Description: FPRA’s annual Nonprofit Day is an opportunity for Southwest Florida’s philanthropic organizations – and those interested in learning more about SWFL’s charity landscape – to gather and learn from local industry experts on topics to enhance your community reach and impact.

Storytelling is one of the most effective ways to communicate and can be defined as “an interactive art of using words and actions to reveal the elements and images of a story while encouraging the listener’s imagination.” During this unprecedented time, the art of storytelling is crucial, reaching and engaging your audiences when we can no longer physically be with them. Studies have shown that effective storytelling will actually affect a listener or reader’s brain—it activates more areas of the brain than purely factual content. Also, as an audience listens to or reads a story, they will put themselves in the protagonist’s shoes, and areas of the brain will light up as if they are experiencing the story themselves.

In other words, storytelling is important to public relations strategies because it allows companies to better connect with their audience and ultimately stimulate the audience’s feelings, ideas, and attitudes to align with their marketing goals.

This year’s Nonprofit Day theme, “The Art of Distanced Storytelling ” will focus on providing attendees usable information on how to enhance current campaigns and use the art of storytelling in their public relations strategies for better donor engagement and retention. Speakers will be announced soon. 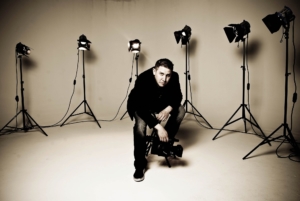 Cintron has more than 22 years as a professional multimedia producer. He has worked as a Director, Online / Offline Editor, Director Of Photography, Audio Field Operator, Grip, motion graphic designer, graphic design for both print and web, and production assistant. He has produced feature films, shorts, music videos, and commercials both locally and nationally. Growing up in Florida, and spending much of his time on studio sets around southwest Florida he became enamored early on with the magic of filmmaking.

Back in 2004, he was one of 3 cameramen on the show “On Course”, a local TV golf show that was rated number two on Wink TV, and immediately began working on production and graphic design for commercials, corporate videos, web-episodes, music videos, and more. Realizing he could never afford the kind of visual effects he desired for his projects, he took to learning industry-standard software such as Final Cut Pro and the Adobe product line. Building his skills he has moved to bigger projects working with stars such as Hulk Hogan, Mike Ditka, David Ortiz, and became the chief editor for an Internet company called Loyal TV, and also producing webisodes also working alongside companies like Harley Davidson, he has also worked on training videos for the automotive industry, working closely with companies like Bosch, Delphi, Pronto, Advanced Auto Parts, and Co-produces, DP, edits, the Internet TV show Taste Of Music. 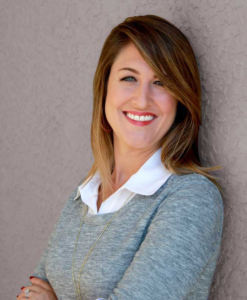 Lisa Murray is a nationally accredited and award-winning public relations and marketing professional who has spent more than a decade building brands across a variety of industries, including healthcare, hospitality, lifestyle, automotive, technology and non-profit. Before joining Interop Technologies in 2016, Lisa held an array of positions leading teams in the digital, social and traditional communication realm, both in agency and in-house environments. Her core strength and passion comes from using technology to implement strategies and tactics that increase brand visibility, surpass strategic goals and achieve maximum profitability. 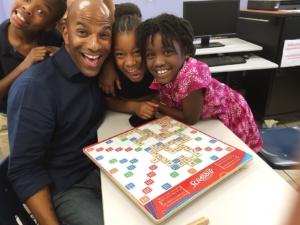 Celebrated Southwest Florida photojournalist Kinfay Moroti has photographed everything from everyday life in our region to the frontlines of the Iraq War. A longtime photographer for regional and national publications, he is also the creator of — hopeful images — an initiative that helps nonprofit and community organizations share their efforts through compelling visuals and campaigns. He is a partner at The Collaboratory (Southwest Florida Community Foundation) in Fort Myers. He is an U.S. Air Force veteran, avid runner, and father of two. 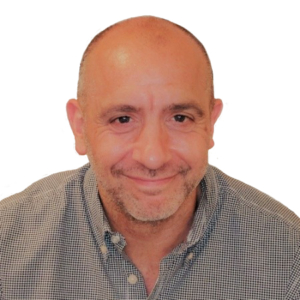 Robert Grabel is committed to serving others with a career that has included work in both the for profit and nonprofit sectors. After growing his practice in in financial services, he spent nearly two decades in the nonprofit arena doing everything from launching his own start-up charity to serving in senior leadership roles where he helped raise millions in support of a wide range of causes. He is a passionate advocate for the nonprofit sector, writes and speaks on a wide range of industry topics and volunteers for organizations in his own community.

Robert created Nonprofit Now! to provide organizations and their leaders with the support they need to change the world. From Executive Coaching and Board Development to Fundraising Consulting and Development, Nonprofit Now! offers leaders customized services nonprofits need to grow and thrive. Robert also writes, plays music, runs and loves his time with his family and dog. His first book, Just Do The Work: The Portable Nonprofit Coach will be available shortly.