Program Overview/Topic:
Working as a public relations professional isn’t always about the glitter and gold and all that sparkles. What truly makes a strategic PR campaign successful is in the numbers. Join us for our July program as we discuss the importance of measuring and reporting the data behind a PR campaign. From beginning research to post-event evaluation – it’s all about the numbers, baby! 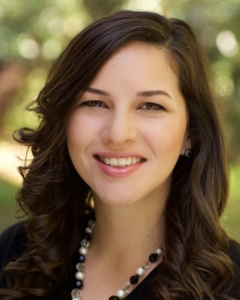 Angela Bell, Associate Partner at Gravina Smith, Matte and Arnold Marketing and Public Relations
Angela graduated from Florida Gulf Coast University with a bachelor’s degree in communication. A Fort Myers native, she has moved up through the ranks at GSMA from when she first joined in 2008 as public relations coordinator. With 12 years of experience in public relations and marketing, she has developed and implemented successful programs and public outreach campaigns for leading corporations and nonprofit organizations, and coordinated numerous high-profile events for regional and national organizations.

Angela serves on the board of directors for Tiger Bay Club of Southwest Florida and served as a board member for the FGCU Alumni Association for seven years. In 2016, Angela was named a 40 Under 40 honoree by Gulfshore Business magazine in recognition of her professional accomplishments and community volunteerism. 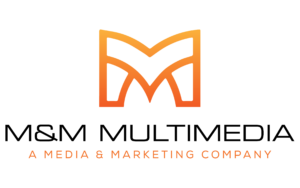 Mike Haley, Founder & President at M&M Multimedia
Hailing from the Midwest—Toledo, Ohio to be specific—it didn’t take Mike long to realize he wanted to settle in the Sunshine State.“I moved to Fort Myers, Florida with my family right after high school in 1993 and knew this is where I wanted to live.”

With no plan or funds for college Mike made sure he was chosen for as one of the inaugural members of Americorp where he dedicated a year to serving the local community in exchange for a stipend to be used for tuition. After a jaunt back to Ohio for college where he studied audio-video production, Mike settled in Florida once again in 1998— returning to help raise his oldest nephew. Eventually he went on to earn his MSCE and landed a job with while Sony, followed by a successful career at Field Edge, a national software developer. In 2009, while taking classes at Florida State and advancing his career at Field Edge, Mike got bored again and formed his own business: M&M Multimedia. Originally founded as a video production company, M&M Multimedia has grown and evolved over the years into a fully integrated digital media production and marketing company. Although the Sony job didn’t last long it came full circle in 2012 when M&M Multimedia landed their first contract with Sony to produce content for the Sony Listens Youtube Channel. The rest is history.

Over the past decade, M&M Multimedia has helped businesses in the region build awareness, drive new leads, and achieve long-term growth. “Our strength is digital media production with a focus on lead generation and interactive media. We know this area and we know how to reach customers. We specialize in creating visually effective media with marketing and training in mind. It all starts with understanding each company’s objectives—and then producing the most effective visual media to engage and solve problems.